Manuela Dal Forno is originally from Santa Cruz do Sul, Rio Grande do Sul, Brazil, where she also went to school for a B.S. in Biology. Later she did her masters in Botany in Curitiba, Paraná, Brazil working on the diversity of Graphidaceae (a family of crustose lichen-forming fungi in Ascomycota) in Restinga (a type of coastal vegetation) in Southern Brazil. She moved to the United Stated in 2009 to become a land management intern at the Audubon Center of the North Woods, Sandstone, MN. While there, she applied and was selected for a PhD at George Mason University to work with the systematics of the Dictyonema clade (a group of lichen-forming fungi in Basidiomycota). She completed her degree in 2015 and in 2016 was awarded a National Science Foundation Postdoctoral Fellowship in Biology to work on the microbiome of lichen specimens.  Before joining BRIT in late 2019, Manu was a Peter Buck Postdoctoral Research Fellow in the Botany Department at the National Museum of Natural History (Smithsonian Institution) working with whole genome sequencing of both symbionts of the lichen symbiosis Cora-Rhizonema. 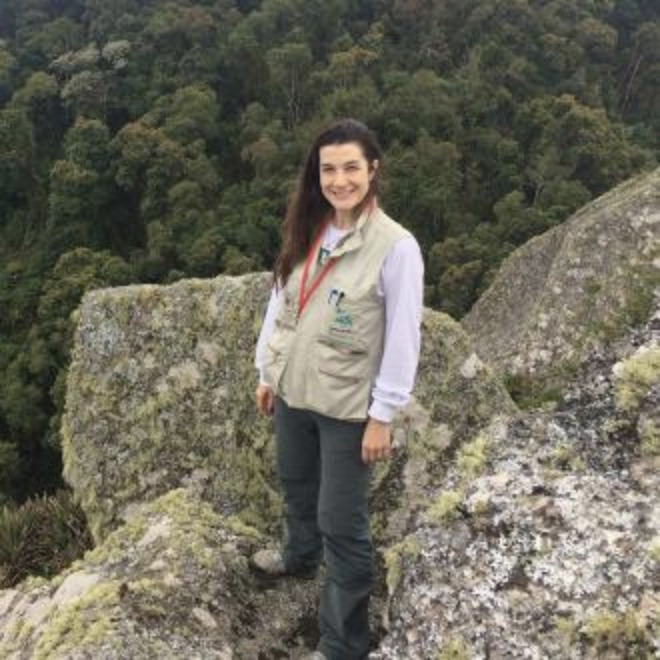 Lichen Discovery in the Southern Philippines